Much has been made over the last few years over the electro-magnetic pulse disaster scenario and EMP attack survival.

We can take this subject many different angles, but we will keep it simple and focus on some basics.

The EMP, which is an event that creates a short burst of electromagnetic energy that can disrupt and/or destroy electronic devices, has captured the imagination of the American public like no other.

Depicted in tv shows such as Revolution and novels like One Second After, the apocalyptic event of an EMP being used as a weapon (or even a natural occurrence from something like a massive solar flare) has been talked about until it has become a sub-cultural event  of it’s own.

What scares people the most is the possibility of several EMPs being detonated and having them wipe out unshielded electronics and even entire power grids. At this point, the event is a fictitious possibility but in the event that it becomes a reality, here are some ways to prepare for an EMP and some things that you should consider having in place.

One of the first things to get, and perhaps one of the easiest, least expensive options, are non-electrical appliances. Without electricity, many of the items that we depend upon on a daily basis will not operate and it is fairly straight forward to get set up with their manual, non-electrical counterparts.

There are many choices and options for non-electrical appliances on the market today so you won’t have any trouble finding what you need.

Here are some items to consider buying for your stable:

One of the next things to consider is having some items on hand to barter with.

Obviously your Visa or Mastercard is not going to do you any going and money will be worthless as well. Your food supplies are best being left stock piled and it may not be wise to barter with any weapons that could later be used against you.

So, what are the best barter items?

Again, you don’t want to part with things that will be in very short supply or tough to obtain such as ammo, gasoline, or food items, so barter items will probably end up being things such as cigarettes, alcohol, caffeine oriented drinks like coffee or soda, and even items like books or playing cards.

Hygiene products in all their various forms will also make excellent barter items. Think about items that are not necessarily ‘needs’ but are certainly ‘wants’ for many people.

The next thing you will need to think about for EMP attack survival is light sources. You can buy cheap chemical light sticks that will work in a pinch, but they don’t emit a ton of light and they don’t last for a long time.

For that type of light you will probably want to look at things like oil lamps. Candles will work as well, but they are a little messy and vulnerable to a slight breeze if you are outdoors, so for something that will work indoors or outdoors and last through both wind and rain, your basic oil lamp is the way to go. They are cheap to buy and they don’t burn through a ton of oil.

Speaking of oil, the best fuels for oil lamps are: kerosene, standard clear lamp oil, Klean-heat (kerosene substitute) or citronella, although you will want to use the latter outdoors only. There are other paraffin oils available for oil lamps, but many of them are more expensive and do not burn as brightly or last as long.

Hand tools are also an obvious ‘must have’ when it comes to EMP attack survival and preparing to deal with a post-EMP society.

Another easy item to obtain and setup, just get yourself a decent tool box and fill it up with the basics: hand saws, screw drivers, hole drilling driver, hammer, pliers, wire cutters, and things like planes and hand sanders may come in handy. You should also round out your set with glue, nails, screws, etc.

After the EMPs hit, communication will obviously be an issue. Our precious cell phones will cease to function and this is where CB radios and walkie-talkies will really show their worth.

Yes, you will have to have a supply of batteries for your walkie-talkies, and a CB radio will require some type of power source such as a generator, but these items may be the only way left for humankind to communicate over distances once the EMPs have done their job.

Last but not least, you had better think about self-defense. Like it or not, whether you are a ‘gun person’ or have never held one in your hand, it is going to be necessary to defend yourself, otherwise somebody is just going to come and take away all your hard earned supplies that you worked to store for this event.

A good 12ga shotgun is probably the best model for self-defense as it doesn’t require a real marksman to shoot one and they are easy to load and maneuver, but you can also utilize any variety of rifles and hand guns as well.

In addition to having a weapon for self-defense, you may want to think about a rifle to hunt wild game with to add to your food supply. Firearms can be used in a number of ways to not only protect yourself and your family, but to also make life easier to survive.

Even the most simple .22 caliber rifle can be used to hunt small game, all the way up to deer.  The .22 is also fairly quiet and lightweight.  Overall, it’s our best pick for an all around rifle.

Overall, there are probably other things you want to consider when preparing for an EMP event and EMP attack survival, but this list should get you started and pointed in the right direction.

Now if we can just keep away from the zombies……. 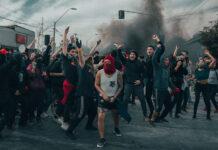 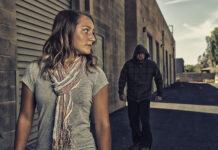 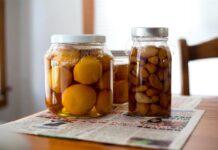 6 Important Factors That Preppers Must Consider When Storing Food 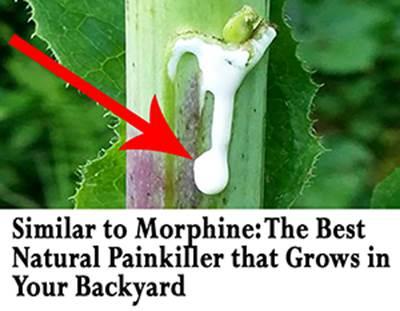 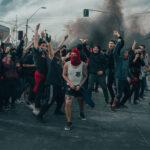 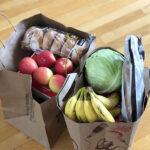 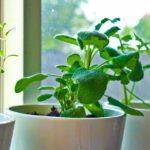 Bushcraft
0
Herbs are plants that are traditionally used to enhance the flavor of foods as well as offer loads of health benefits. During spring and...

Electromagnetic pulse (EMP) is a short burst of energy that can come naturally or be man made. We are a small group of individuals that are sharing our knowledge on this topic, to help educate and protect yourself, your loved ones and your property.
Contact us: support@prepareforemp.com
© 2021 Prepare For EMP. All Rights Reserved. - We are often compensated for products we link to.
We use cookies on our website to give you the most relevant experience by remembering your preferences and repeat visits. By clicking “Accept All”, you consent to the use of ALL the cookies. However, you may visit "Cookie Settings" to provide a controlled consent.
Cookie SettingsAccept All
Manage consent

This website uses cookies to improve your experience while you navigate through the website. Out of these, the cookies that are categorized as necessary are stored on your browser as they are essential for the working of basic functionalities of the website. We also use third-party cookies that help us analyze and understand how you use this website. These cookies will be stored in your browser only with your consent. You also have the option to opt-out of these cookies. But opting out of some of these cookies may affect your browsing experience.
Necessary Always Enabled
Necessary cookies are absolutely essential for the website to function properly. These cookies ensure basic functionalities and security features of the website, anonymously.
Functional
Functional cookies help to perform certain functionalities like sharing the content of the website on social media platforms, collect feedbacks, and other third-party features.
Performance
Performance cookies are used to understand and analyze the key performance indexes of the website which helps in delivering a better user experience for the visitors.
Analytics
Analytical cookies are used to understand how visitors interact with the website. These cookies help provide information on metrics the number of visitors, bounce rate, traffic source, etc.
Advertisement
Advertisement cookies are used to provide visitors with relevant ads and marketing campaigns. These cookies track visitors across websites and collect information to provide customized ads.
Others
Other uncategorized cookies are those that are being analyzed and have not been classified into a category as yet.
SAVE & ACCEPT
MORE STORIES